Start Aktuelles Non-invasive Matrix Rhythm Therapy was my way out of Failed Back Surgery... 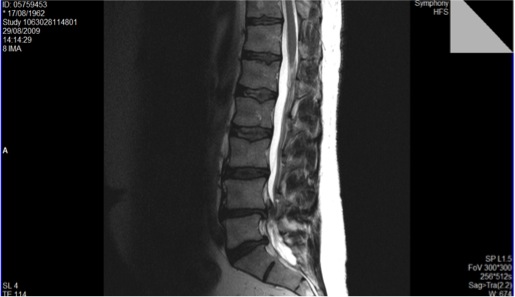 The Story behind establishing MaRhyThe® in the United Kingdom

My name is Andrew Hammond. I am an advanced instructor for Matrix Rhythm Therapy and I am the founder of MaRhyThe® in the UK. For the reason that I could do this: I was suffering from Failed Back Surgery Syndrome (FBSS). Because of that I have been constantly on pain killers, was on the waiting list for another operation when I was introduced to Matrix Rhythm Therapy which changed my life dramatically. Most noteworthy it changed my life into an active life again. Therefore, I want to give back to other patients, especially FBSS patients, this method. This is my story:

Two back surgeries led to Failed Back Surgery Syndrome FBSS

I have been through two back surgeries which all started with back hernia, an emergency discectomy in August 2009, followed by PLIF – Posterior Lumbar Interbody Fusion – in October 2011.

Furthermore I have had many sessions of physiotherapy, also strong pain killers (including Tramadol & Codeine), Pilates, and couple of times of facet joint steroid injections in between my surgeries.

Following on from this last surgery I had some 6 months where my back pain was relieved. However, my back pain restarted by January 2013, and this time I also had stabbing, burning sensations, electric shocks and pins & needles, which I was told that this was neuropathic pain. In addition nerve conductive studies showed nerve damage as well.

I was socially crippled, I was not able to work full time, and hardly made the 4 hours a day. Furthermore I was constantly on high dose pain killers and they made me drowsy, and I could not think straight.

The general practitioner has referred me to the social services where I was given a disability badge.

By July 2014, I was not able to even walk to the gate at the airport and had to seek special assistance. At this time I was in a wheelchair and using crutches. I was sleepy most of the day, and had no life, living with constant pain.

Although my surgeon told me that my MRI scans showed that the surgery was successful, however my symptoms were getting worse. He offered me more epidural injections, more physiotherapy and Pilates. Finally I was referred to the chronic pain clinic where I was diagnosed with FBSS (failed back surgery syndrome) and was put on a waiting list for a spinal cord stimulator (SCS) in October 2014.

At this point I was happy that at least I had a hope to become better.

During the waiting period I was reading and gathering information about my diagnosis and was started to worry about the potential side effects and limitations of the SCS.

Furthermore my wife who is an oncology consultant was in search for an alternative approach as she was not happy that I was offered a “brain tricking stimulation” device as “treatment”!

One of her friends from high school years who suffered from scoliosis have mentioned Matrix Rhythm Therapy to us. Therefore my wife was very keen that I try it, however I am a true sceptic of these alternative ways and thus I was very negative about it at first.

Nevertheless we had a serendipitous opportunity to meet the inventor of MaRhyThe® Dr Ulrich Randoll, where I had an initial session after an introduction by him.

Immediately relief with MaRhyThe – my way out of FBSS

At first I felt an incredible relief immediately in the initial 20 minutes following on from the treatment around my spine in my back. Afterwards at the end of the hour treatment, I had no pain and was able to walk without crutches for about 5 -6 hours.

Above all I was very pleasantly surprised and decided to give this therapy a try.

Therefore I travelled to Munich in October 2015 to Dr Randolls’ clinic and had intensive 3 days of treatment where he also trained my wife to treat me, and then we flew back to the UK.

After nearly 6 years of pain – back into life

The next 6-8 weeks my wife treated me 2-3 times a week hourly sessions with MaRhyThe® around my whole spine. Day by day I was improving and feeling less pain, doing more and by mid-December I felt good enough to visit New York.

To explain I was able to visit New York and walk to see many attractions during our 5 days stay may look small – for me it was my long wanted dream come true. Finally after suffering nearly 6 years with chronic pain. I was extremely happy.

At this time I still was not sure of what to expect in the long term. Therefore I was worried that my pain might come back like before. But after New York, I only needed an hour treatment once a week, and I stopped taking any pain killers by the end of December. Furthermore after the 4th month I was very pleasantly surprised that I had no stabbing, burning sensations left. I felt stronger and stronger and started to live an active life like before, it was lovely to be able to work again.

At the end of the year by November 2016, I felt as healthy as before. Moreover I decided that I would become a MaRhyThe® therapist so that people suffering like me can have this wonderful therapy.

Hence I established MaRhyThe® UK in March 2017, following on from my training in Munich with Dr Randoll. Additionally I also attended advanced MaRhyThe® workshops in Ischia, Italy and Cesme, Turkey in 2018/2019.

Me and my wife, we are gratefuI to Dr Randoll and this wonderful therapy with no side effects. I am proud to be part of the MaRhyThe Family and I am working the UK treating people in need in different parts of the country as well as working as advanced instructor since 2016. 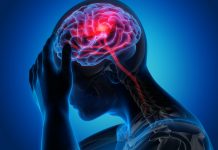 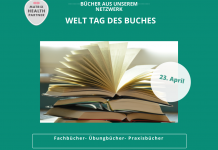 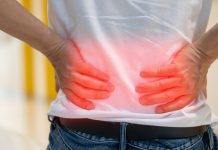